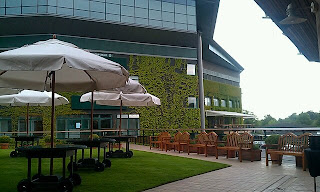 Posted by Nero String Quartet at 09:01

Nero String Quartet
The Nero String Quartet consists of four professional musicians who have trained at top UK conservatories. In 2003 they won first prize in The Sylvia Cleaver Chamber Music competition and were also awarded The Derek Young Memorial Award.

They have performed for music clubs across the country as well as performing in The United States, France, Spain, Italy and the Middle East. In 2007 they received The Elgar Award.

They are one of the most sought after quartets in the UK and have extensive experience of playing at weddings and functions. They also work with professional orchestras (BBC, WNO, ESO) and have performed on luxury cruise ships including P&O, Fred Olsen and Cunard.

In addition to their classical work, members of the quartet have also performed on TV, Film and Pop recordings